1. Ronaldo’s last name was given in honor of Ronald Regan, the ex-actor and president at the time of little Christiano’s birth.

2. Ronaldo was expelled from school at 14 for throwing a chair at a teacher. When asked why he did it, he simply replied “He disrespected me.” What a badass.

3. Ronaldo’s uniform number may be the reason for his greatness. Early in his career, Ronaldo always wore #7, but when he relocated to Manchester United, he wanted to switch his number to 28. This was because many Man U legends such as Eric Cantona, George Best, and David Beckham had all worn #7, and Ronaldo was afraid he could not live up to the incredibly high expectations that came with the number. Ronaldo was quoted as saying that “"After I joined, the manager asked me what number I'd like. I said 28. But Ferguson said 'No, you're going to have #7,' and the famous shirt was an extra source of motivation. I was forced to live up to such an honour."

4. In 2010, Ronaldo had a romantic fling that resulted in pregnancy with an American woman who was later paid to stay anonymous. Suprisingly, his Russian underwear model girlfriend, Irina Shayk, had no public negative reaction to Ronaldo’s infidelity.

5. Ronaldo may be very arrogant, but he stays loyal to those who helped him succeed. This is a direct quote from Ronaldo. “I have to thank my old friend Albert Fantrau for my success. We played together when we were young. When people from Sporting Lisbon arrived [in our hometown], they told us that whoever scored more goals would be accepted to their Academy... Albert went one-on-one with the goalkeeper, and I was running next to him. He went around the keeper, and all he needed to do was just to put it into the empty goal. But he passed it to me and I scored. I was accepted to the Sporting Lisbon Academy. After the game, I approached him and asked: ‘Why?’ and he answered: ‘You’re better than me.’” When a reporter was looking into Ronaldo’s story, she want to Fantrau’s house to ask him if it was all true. He confirmed the story, and told the reporter he had since that match given up football and was unemployed. The reporter asked Fantrau how, then, he had such a beautiful house, car, and family. He responded that Ronaldo had made sure he was given the best. “It’s from Cristiano.” 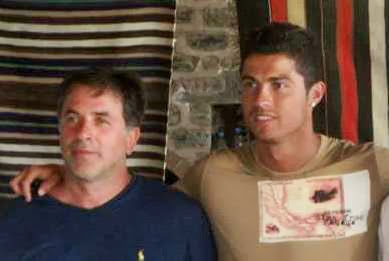 6. Ronaldo cheated on his girlfriend. He regularly commits rude public acts, such as spitting at TV cameramen. He makes extremely vain statements, such as “God sent me to Earth to show people how to play football.” His elaborate goal celebrations are often arrogant and borderline disrespectful. He does, however, redeem himself somewhat by frequently donating to charities and paying for medical treatments for sick children. 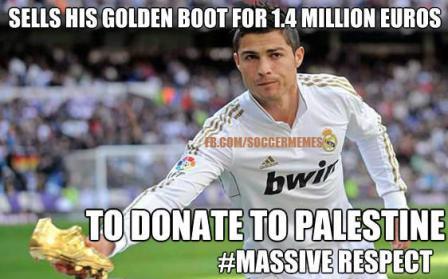 Plus, a bonus: one way in which CR7 could use backpack.


Ronaldo is an avid fashionista, and, from owning his own men’s underwear line to experimenting frequently with wild hair dues and fashion styles, he is not subtle about it. I recently wrote a paper on fashion blogging and its role in global visual culture, and it really got me thinking about how someone from one culture could benefit from having access to every other culture’s fashions. Especially in today’s globalizing world, global flow (the influence of a given culture’s styles and fashions on other cultures’ designs) is a growing phenomenon, and, as somewhat of a fashion guru, Christiano Ronaldo is an excellent prospective member of the Backpack community. After all, football is the sport that brings the world together. It seems only right that the game’s players bring together fashion elements of the world in their own clothing styles!

We here at Backpack salute Cristiano Ronaldo, a true champion of the World Cup, an event that, like Backpack, helps bring our diverse world closer together.

<< Back to Blog Home